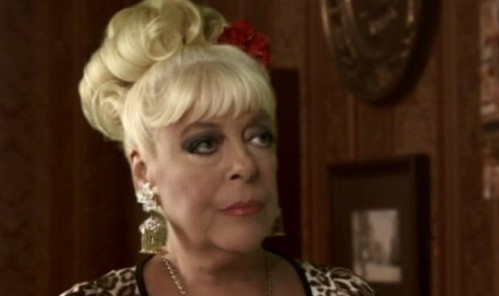 Bosses are apparently hoping the 70-year-old will provide similar entertainment to Denise Welch, who won the show in January.

“Julie may be getting on a bit but she’s certainly game for a laugh,” a source told the paper. “Denise proved that the Corrie stars bring in a decent audience and don’t mind poking fun at themselves and having a laugh.

“Julie is keen as mustard to get in the house and is already talking about winning.”

Meanwhile, Clary has allegedly secured £325,000 for his stint on the show, with producers hoping he displays his controversial humour.

“He is not afraid to speak his mind and it’s usually in a comical way. Big Brother is an adult show so he won’t get any flak for coming out with outrageous comments. That’s why he will be getting so much cash,” the insider remarked.

This year’s second series of Celebrity Big Brother, as ordered by Channel 5, will air in late summer after the regular series.

This website uses cookies so that we can provide you with the best user experience possible. Cookie information is stored in your browser and performs functions such as recognising you when you return to our website and helping our team to understand which sections of the website you find most interesting and useful.